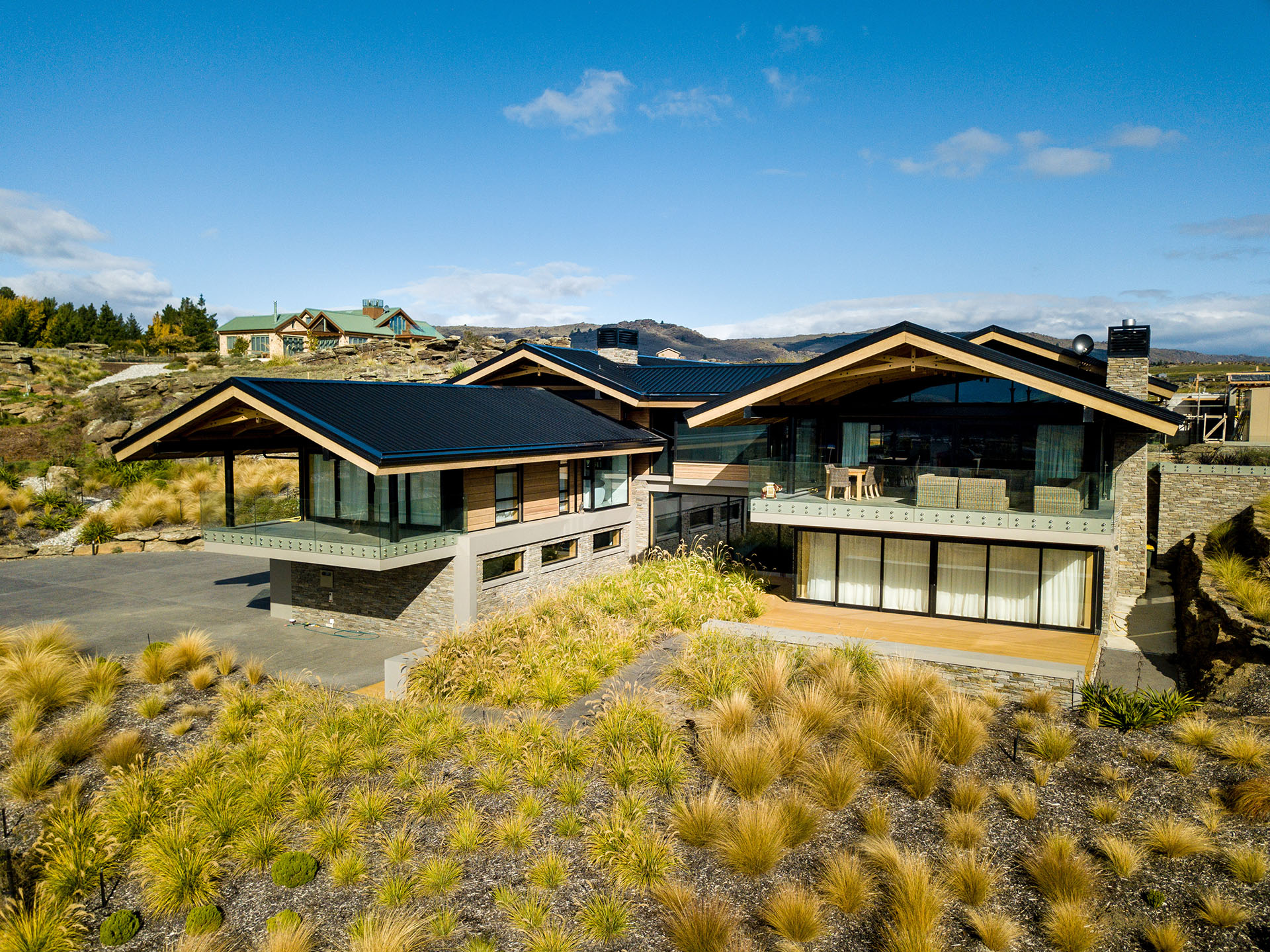 They say good things take time, and this was particularly the case for the McGregor House in Alexandra’s Old Golf Course Road. The seven-year project was led by design manager John Smit and built in three stages - Stage one comprised of a 600sqm house which included garaging and a wine cellar. Stage two then followed with an outdoor entertainment area, and then came stage three, comprising of an additional 200sqm, with more garaging with heated polished concrete floors, office facilities and gymnasium and sauna. The technical structure was built with a combination of both steel and traditional wood framing and featuring complex engineering. Stand-out features include cantilevered decks and roofs, along with exposed hardwood and Tasmanian Oak laminated trusses - all specifically made by BREEN for the job. The BREEN design team used the original plans supplied by the owners Neil and Annabel McGregor, who used a Singapore-based architect, and brought them up to New Zealand building code standards. The couple used the same architect to design the Singapore home in which they are currently based. John said the biggest challenge of the whole project was to deliver the client’s wants without compromising the design. “This has been the most rewarding and challenging job in my career,” he said.