People can’t quite believe what they are walking into when they use the new facilities at Highlands in Cromwell. The world-class tourist attraction now has its own first-class bathroom suite - complete with concierge for busy race days.

“We have a very high bar that our team strive to, which is one of the main reasons Highlands is such a success. And Breen Construction is as committed to excellence as we are.”

The loos are the vision of owner Tony Quinn. The motorsport enthusiast and entrepreneur has always said you can learn a lot about a café, restaurant, hotel - or an entire country for that matter - from its toilet facilities.

And so, the brief to Breen’s Project Manager Paul Hucklebridge was that he wanted the best toilets in New Zealand, that would get people talking.

It was also important to be comfortable while doing your business, and they had to be built in a way that the customer didn’t miss any of the action on the track either.

Admittedly the planning stage was just as long as the actual build itself.  Paul said to be the very best standard, they had to get it just right.

Mirrored glass was chosen for most of the windows - hence ‘Loo with a View.’   It’s the only track in the world that has toilets with a view of the circuit, and the entire hillside bunker has underfloor heating throughout, continuing right up the steps back to the café as well.

Australian company Earthstory, that specialises in ‘immersive visitor experiences’ at theme parks, provided all of the bathroom paraphernalia to make it happen, but the Highlands team made sure they stamped their personal touch on it as well.

“There was toilet humour for many, many months,” Josie said.

Paul said he knew there were going to be challenges around every corner. Can you imagine the Central Otago District Council’s response when they received a set of plans for a saxophone-shaped urinal, as well as a guitar and drums - that all made noise? “They hadn’t seen anything like it before. But they were all made to NZ/Australian standards,” he said.

Josie said the new facilities and tourist attraction had well and truly met their expectations about what they were trying to achieve at the park.

“Our biggest challenge is always to get more customers through our gates.  Because once they get here, we know they won’t want to leave.”

“We thought toilets might do the trick because everyone uses them!  Of course, being Highlands we could not just build another toilet, so that is where the Loo with a View was born,” she said.

Opened in Autumn 2021, it has been a tie for the favourite, between the ‘Royal Suite’ and the Urinals, and the response from the public has been “absolutely overwhelmingly enthusiastic,” Josie said. Complete with a red velvet couch, chandeliers, a renaissance painting (featuring all the faces of the staff), and a lovely rich leather aroma to draw you in, the Royal Suite was also the bathroom that took the longest to get ‘just right.’

But when Tony Quinn was able to finally make the trip back to New Zealand and try out the toilets for himself, he was more than impressed.

“The challenge was in meeting his expectations, but he said he couldn’t have done it any better,” she said.

“And the Breen team were respectful about working on a live site.  We still had to be operational and deliver an incredible experience to our guests, and we found the entire team to be very cognisant of that.

“They respected our site and our processes and also left it presentable.   The attention to detail was second to none and we saw them continually go over and beyond,” Josie said.

Paul said that working around the park that was still operating, along with the fact that they were building something “completely out of this world,” meant nothing in the project was straightforward. “We didn’t expect anything different from Highlands,” Paul said. 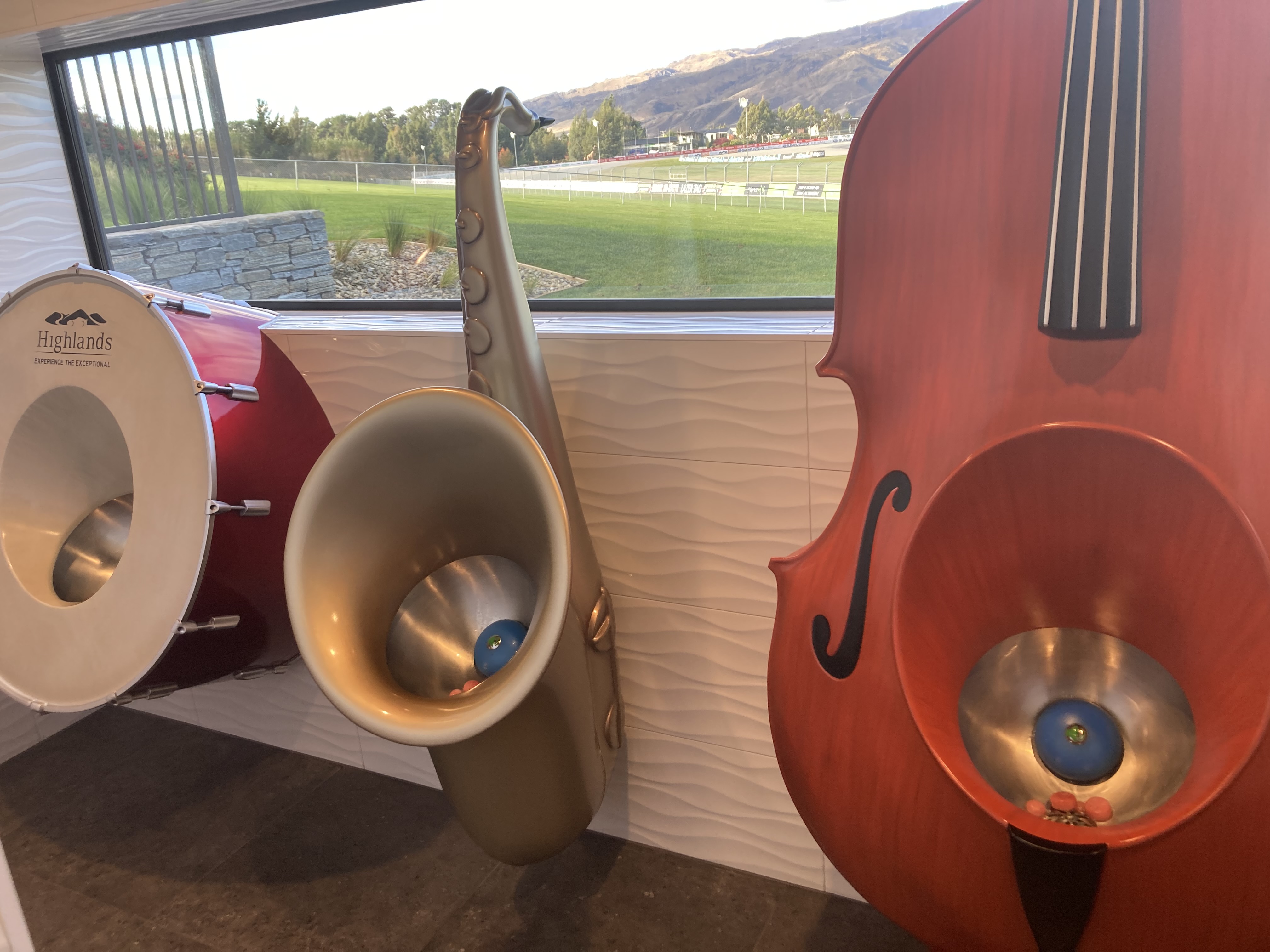 There has been plenty of life through the doors of the McNulty House in Old Cromwell.