Breen Construction is renowned for its earthquake strengthening work on commercial and historic buildings, but the strengthening of a hydro storage dam is something even more vital to the community. However, as the team soon discovered, many of the skills and techniques transferred easily.

Contact Energy’s Hawea Dam was built in the 1950s and connects the lake with the Hawea River.  It provides water storage for both Roxburgh and Clyde power stations and has gates that release the water when needed.

A recent review of the Hawea dam identified that the seismic resilience of the dam’s downstream sluicerequired upgrading to modern standards. This included strengthening the existing outlet and stilling basin retaining walls.

Civil Dam Safety Engineer Joe Wheeler, one of the South Island’s earth dam specialists, said the dam was built very well to the codes and practices of the day.  Contact Energy continually review and assess their structures. Throughout the decades the understanding of New Zealand seismicity has increased, as well as that of the anticipated forces the structure needs to withstand.

“We require the Hawea Dam to withstand forces greater than a 1 in 10,000-year event, such as a rupture in the Cardrona fault. These forces are much greater than a rupture of the Alpine fault. Computer modelling shows the original cantilever construction detail of the sluice wing walls may have been damaged in a very large seismic event.”

The walls were constructed as part of the original dam and are reinforced concrete cantilever with retained heights up to eight metres.

The dam strengthening method installed foundation anchors and a whaler beam to allow the walls to behave like a propped cantilever, rather than a pure cantilever - therefore ensuring the sluice not only safely stores Lake Hawea water but will remain operational during an extreme earthquake.

“Dams have a higher building code requirement than a hospital,” Joe said.

Hawea is an earth dam or a ‘zoned embankment dam,’ which uses different soils in different parts of the dam. The centre core has very fine silt while the outside shoulder is made of coarser material. There are even layers of filters and drains throughout the structure. The sluice is the conduit where water passes from Lake Hawea to the Hawea River.

The project took a year to design and involved complex software to accurately model the structure’s performance under extreme conditions. This computer modelling was not possible in the 1950s.

Breen began the physical works in January 2022, and a specialised drilling team from Christchurch, GroundFix, carried out the drilling and installation of steel anchors into the rock foundation to strengthen the cantilever construction.

New reinforced concrete ground beams have been installed along the sluice and stilling basin walls below the existing ground surface level. The steel anchors are attached to these beams.  Hollow core steel struts also span the sluice outlet.  These enhancements all help in making the structure stronger and more resilient after an earthquake.

The steel strand anchors were grouted into the rock foundations down to more than 10 metres deep.

Contact Energy continues to investigate and improve its structures to ensure they continue to operate safely.  Seismic upgrade works continue throughout the catchment including Clyde and Roxburgh Hydro dams and their machinery.

“Each dam is bespoke and built using materials from within the area,” Joe said.

Breen Construction Project Manager, Andrew Kerr, said a substantial amount of concrete and reinforcing was used on the job, and that it had been one of the more complex projects that the Civil team had worked on. “The limited site area provided challenges and required us to develop some detailed methodology,” he said.

Breen Construction also offered up some alternative options for the earthquake strengthening, that saved Contact Energy some additional costs, and avoided having to work over the existing waterway.  Joe said this was an excellent example of early contractor involvement for a complex project.

In the past, Breen has been involved with various other Contact Energy projects, such as construction of retaining walls and replacing transformers at the Roxburgh Dam, and Andrew said together they have built up a strong professional relationship.

While the project team had a good understanding of the underground geo technical conditions, Joe said Breen Construction was very adaptive to the as-found conditions, as there were a few minor design adjustments along the way.

“We are very happy with Breen and how they adapted to the project requirements.  We are proud to go local with our contractors.  There have been very open and honest communications with both the site supervisors and the project management team, which is very important with a job like this.” 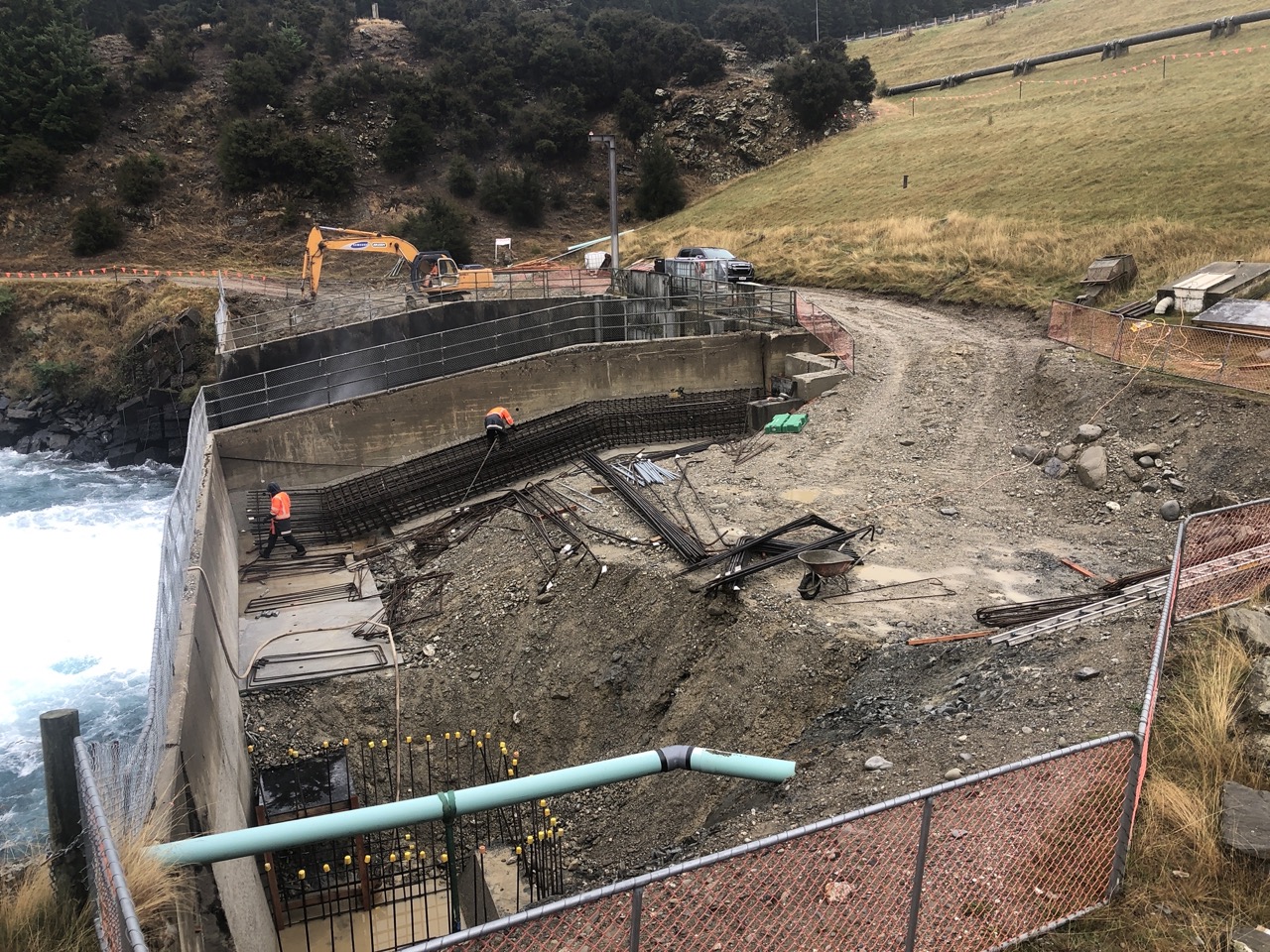 We are pleased to announce that Bridget Legnavksy was recently appointed to our Board as an Independent Director.

Arguably one of the most sought-after commercial sites in Alexandra, GWD Toyota’s new showroom and workshop is a welcome sight in the town, and a positive sign for the local economy.

When lizard expert Dr Mandy Tocher was called in to identify and remove native skinks and geckos from habitat where two old bridges were being rebuilt by Breen Construction, she made an interesting discovery.